How to Get the Most From Your Influencer Strategy (Hint: It’s Not Sponsored Posts) Ecommerce is inextricably linked to influencer marketing. Though the concept of an ‘influencer’ has a markedly modern connotation, the general idea of ‘someone with a platform influencing a purchasing decision’ has, of course, been a core concept in advertising for decades. In the early days of Direct-To-Consumer ecommerce, DTC brands often disproportionately relied on influencers because of the channel’s uniquely desperate need for social proof. If a buyer couldn’t touch and feel your product in-store, the least you could do to build some trust with them was to show someone else touching and feeling your product. That’s how we got to sponsored posts on Instagram. But in the same way that DTC ecommerce is facing its own identity crisis as it matures, nowadays it’s often difficult to tell whether an influencer is “someone who can influence a purchasing decision” or just “someone who has access to a large platform”. That’s why in the classic influencer playbook, brands are using content creators as a distribution channel to push products to their own followers is far less effective now than it was in the early days of DTC ecommerce. Instead, effective ecommerce operators are focusing their influencer strategy on two underpriced opportunities: User-Generated Content and Whitelisting Ads. Remember that as tempting as it may be to employ armies of influencers with massive followings, you need to keep your eyes on the real prize: measurable conversions.

Influencer marketings original promise is still relevant: there’s something special about having someone else sing praises about your product. The problem, again, is that you never know if an individual content creator actually has the clout to influence their audience to a purchase decision. In a classic sponsored-post strategy, if they fail to mobilise their own audience, you’re essentially at a dead end. User-Generated Content (UGC) fixes this because it allows you to leverage the influencers’ content creation abilities (after all, they were able to amass that large following somehow), but do it at scale. ActiveWow has several great examples of Facebook ads that are just mashed up videos from influencers speaking about their teeth whitening paste – notice how the UGC-style creative allows them to balance the irreplaceable social proof of several influencers while deploying the message with the unmatchable scale of Facebook ads. What’s most interesting here is that, contrary to the classic influencer playbook, it actually doesn’t matter all that much if the potential buyer him/herself knows the influencer. It’s often enough social proof that some sort of third party entity is giving your product a vote of confidence. Mix in some UGC-style creatives in your highest performing campaigns, and watch that ROAS skyrocket.

In the previous section, we alluded to the fact that scale is one of the most difficult things to overcome in influencer marketing. A single influencer can only endorse your product to his/her followers so many times before that audience gets exhausted. In most scenarios, it’s difficult to build longevity into the partnership. Whitelisting Ads solves that. The basic premise is to run paid ads through the account of an influencer. Once again, it’s fascinating that many brands don’t even use genuinely relevant influencers to run these whitelisted ads: It’s difficult to determine whether this is them actively whitelisting ads or just a particularly savvy affiliate, but check out Native Deodorant using a 16-like Facebook page that was created about a month ago to run ads to Native under the name “Charles Finley”. Wondering if good ol’ Charles got a piece of that $100M exit …

Although drafting up your own pseudo-influencer profile and running Facebook ads through it is always an option, if you’re in the market for genuine influencers to run paid ads through, Hashtag Paid is your best option.

Hashtag Paid’s platform allows you to set campaign criteria around what kind of influencer you’re looking for, what type of conversion you want to drive and what kind of ad budget you’re looking to spend. From there, you’re matched up with relevant influencers and can build the paid acquisition campaigns directly through the platform. You’re able to capture the essence of a sponsored post but without the fear of audience exhaustion.

Influencer marketing isn’t the same today as it was yesterday, and it surely won’t be the same tomorrow. As DTC ecommerce evolves, effective ecommerce operators aren’t necessarily rewriting the playbook on how to drive efficient traffic, but they are questioning it. Instead of defaulting to the standard sponsored post strategy with your influencers, you need to question how you’re able to use age-old tactics in brand-new ways. 25 Luxury Brands on Shopify Plus 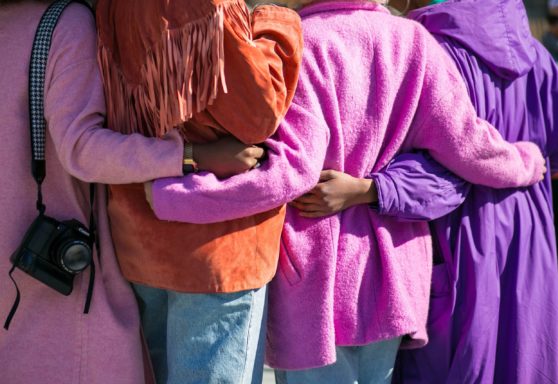